When the weather turns warm and the sun shines bright, wasps come back out. They can be a bother, but what may surprise many is that they can also be a blessing. Wasps are very misunderstood, and many people see them as aggressive and useless. Although there are instances when these insects are a nuisance, there are ways that they are just as crucial as bees are to the environment. 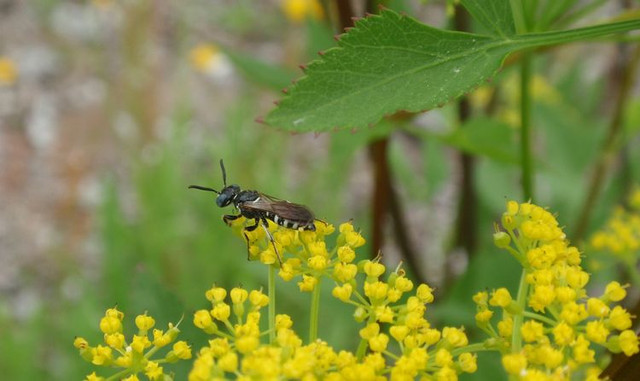 The wasp is not a bee or an ant; they are considered part of the suborder Aprocrita of Hymenoptera. Because they can sting their prey, they are also clade Aculeata. Their bodies are slender and smooth and have fewer hairs on their legs. A wasps antennae have twelve to 13 segments, and they can bite with their mouths. In the species that sting, it is only the females who sting. There are also two different groups of wasps: solitary and social wasps.

Wasps are known to be predators. Their diets consist of arthropods, which are the babies of other insects, or they eat sweets and carbohydrates. Some wasps are scavengers and will join in on people’s picnics.

Wasp’s nests are made from paper-like materials. They take chewed-up wood particles, mix them with their saliva, and create a nest.

It may be surprising to know that there are more pros than cons when it comes to wasps. The cons can be that they are known as scavengers and will ruin a picnic if given a chance. However, unlike the bee, which is usually too busy gathering pollen, a wasp will find something sugary and linger for as long as possible.

Some species can sting more than once. They can sting multiple times and fly away without a problem. It is also possible for a wasps nest to be made around the home and become a significant nuisance and danger. In cases like those, people may need to look into pest control near me to solve the problem.

Despite the cons, wasps are a crucial part of the ecosystem. Everyone also sees bees as the primary pollinators for plants, but wasps also pollinate flowers and crops. They are also known as predators and take care of other pesky bugs such as flies, mosquitos, and spiders. If it was not for wasps helping to control the population of these bugs, the world could be overrun with these pests.

Researchers at the University of Florence recently discovered one other surprising benefit of wasps. They found that wasps carry yeast cells in their guts. This happens because wasps will eat late-seasoned grapes that are filled with yeast. While they hibernate, the yeast stays in their systems, and then when they wake up, the new generation brings the yeast back to the next season’s grapes. So, they have a hand in the making of wine.

These insects get a bad reputation because they are known as more aggressive, but it is clear that even wasps have a purpose in the world when digging more.