Home or business owners who would like to have a more presentable home or office would often hesitate about hiring interior designers for a variety of reasons. The perception of exorbitant professional costs ranks high in the list. But other than that, it’s usually because they think interior design work is for more luxurious or higher-end projects.

This simply isn’t true, of course, because your home or business deserves just as much thought and care in the design as any other luxury venue. If it’s going to improve your comfort and well-being, then go ahead, make your room into the best possible version of itself.

That said, it’s understandable how you could feel overwhelmed and, possibly, even intimidated working with an interior designer. Here are some things you should expect and can look forward to when collaborating with a Denver Interior Designer. 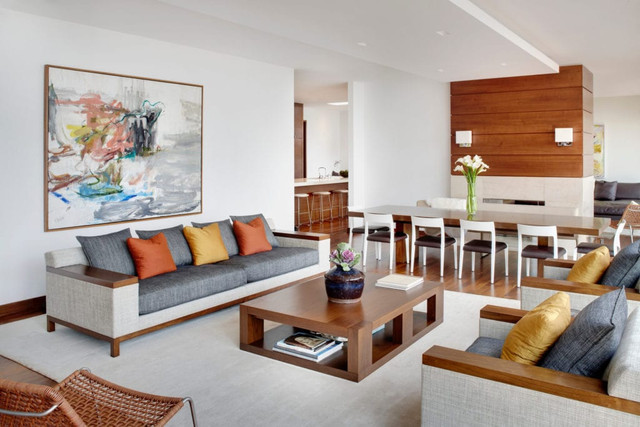 “Too many cooks spoil the broth” is a saying that’s also applicable in interior design projects. In households with more than one stakeholder, the tendency is to have conflicting stances on certain design decisions. Ideally, the interior designer should be able to establish a compromise, given their expertise over anyone else.

However, the situation does not even have to reach that point. As long as it is clear who is the primary decision-maker and communicator, you can make that delegation early to establish clear communication lines with your designer. That way, they only need to direct their questions or comments to that point person if they need an immediate decision or discussion. It’s not to say that nobody else can pitch in their own ideas, but ultimately, having clear roles would prove helpful for everyone involved.

That said, it’s also important to be able to manage your expectations. Although the clients should have a huge part in the final decision-making process, there are certain instances when it just won’t work out exactly the way you want it to.

Sometimes, it turns out that the design idea you had only looked good on paper, but does not necessarily translate well to the actual design. In this case, as long as your designer is able to properly explain why it won’t work, then you can try settling on a compromise; either that or you leave it to the pros since they know best.

Settle on the Billing Method to Settle the Bill

This is one of the bigger causes of concern for those working with a professional interior designer for the first time. Fee structures come in varying forms, especially for those working as freelancers. However, at its most basic, billing can be set to charge as an hourly fee. Then you can further determine if this will include the cost of the materials, or if that will be charged separately.

Also, make sure to keep all receipts for proper accounting later on. Should there be any clarifications to be made, at least you have all expenses on record.